There is no other choice

You know what you have to do

Tears begin to filter from my eyes as I realize there is no other choice. Perhaps I will finally know why I have been given this gift of seeing into the future.

Accepting that this is my lot—my final end—I take a deep breath and run to the boy. As I do, I block out everything and everyone that I love far from my mind.

Time has run out for me.

Lost, the electrifying sequel to The Awaken series, will draw you deeper into the world that Bre is beginning to unfold. This riveting novel will prove that true love comes in many forms, that deception is all around us, that the secrets of our opposers are often hidden in plain sight, and that the world in which we dwell holds more than what we see on the surface.

LOST is the sequel to AWAKEN in the Awaken Series by Jaime Guerard! See what readers are saying about AWAKEN!

“Right when you think you have it all figured out, you are thrown in the opposite direction. The end of the book…my jaw was on the floor!”  –  Two Sassy Chicks Blog

“The story building was just plain amazing and super intense. When I got to the last page all I could think was, WOW.”  –  Maria’s Book Blog

“Awaken kept me at the edge of my seat, biting my nails and wondering what would happen next!”  –  Melanie Dawn, Author of  So Much It Hurts

For all you writers out there you might want to listen in for a moment. I need to talk to you about something very, very important right now…you ready? Are you sure your listening? Okay, well here it is…don’t fill your pages with a bunch of meaningless, everyday “stuff”. What I mean by this is, don’t in every single chapter, all the way through the entire book, write what your character ate at every single meal…WE DON’T WANT TO KNOW THIS! 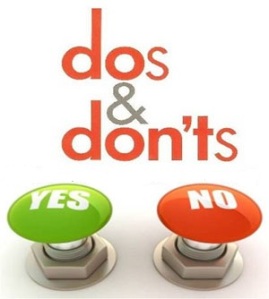 Now, the flip side to this is, you do have to make your character believable so you will need to have some meals placed in there occasionally but just make sure you have a point to it. Whatever you put in each chapter make sure that it’s building your storyline and has a purpose.

I know sometimes its really hard to write certain chapters and fill up your book. Nobody wants to read a 250 page book that lacks substance, they want a solid story. So if you’re having trouble coming up with things to say or different scenes perhaps you just need to step away from writing for a few days and come back to it.

Also, the reader wants diversity. Don’t write the same “type” of scene for three chapters. Example, don’t write, in three chapters, your character learning how to play golf (perhaps that’s a bad example but you get the picture). If you have to write it like this make it interesting. Build in emotion or build intensity (if that’s the type of manuscript you are writing). Make the reader want to find out what will happen. Make the reader fall in love with your characters!

I only bring this up because I recently read a book (no I’m not going to tell you which book it was) and almost the entire 500 pages was stuffed full of what type of foods the characters ate, what it smelled like, what it tasted like, etc. There was no back story to justify putting it in there. I felt like the writer didn’t know what to say and so she threw it in there to “fill up the pages” with something. It didn’t grow the story in anyway. So if your characters are eating please give them something interesting to say.